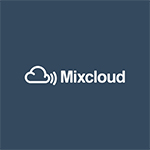 The Chmil – a bright representative of the Eastern European techno music movement.

Artist and resident of labels:

Dima is working to create his signature sound under the author’s live-project “The Chmil”.
In summer, 2015, at Moscow label EWM was released his album “No Worries”, in which Dima experimented with such music styles as acid house, techno, tech-house and emphasized his own individual sound character.
Chmil – is a producer, who does not set himself strict in stylistic scope. He is a musician, who is always looking for new and interesting sound.

Actively touring DJ, whose tours count more than 300 parties in Ukraine and the CIS.
Frequent guest of the capital’s party at the Boom Boom Room, as well as the other topical art-places: GNEZDO, KELLER.